For the second day of making Gravies with Potato, I have another famous Potato Masala that's specially made with Pooris. So much so that it is called Poori Masala in many hotels. This is also one of the famous Combo Breakfast you can order in Tamil Nadu.

I already have a version of Potato Masala which is different from today's version. When I was thinking about representing a potato gravy from each state, I suddenly remembered that Amma used to make it and we also get it in the hotels. As I had said Amma always used to have this included in our regular menu, which ensured our weekly quota of potato gets exhausted and she never used to make Potato Roast. 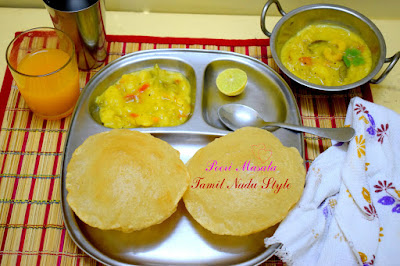 However, when I started packing lunches for my kids, I realised Potato Roast is their favourite. And the fact that they do not like the Potato Masala be it with Pooris or with Dosas, so I end up making it very simple for Hubby Dear.

This week's theme gave me a chance to remember my childhood food and I made it again. I haven't made it in a long time. It is called as Poori kizhangu masala in Tamil. Most times in down south it is called just as Poori Kizhangu.

In fact, the simpler version of Potato Masala was one of my first posts meant for Bachelors! That also reminds me that I am in my anniversary month! You can all join me in the celebrations soon with the Kids Delight Anniversary party!. 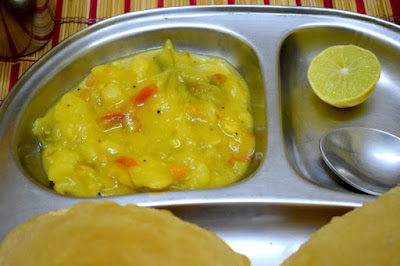 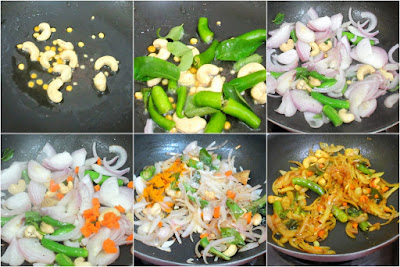 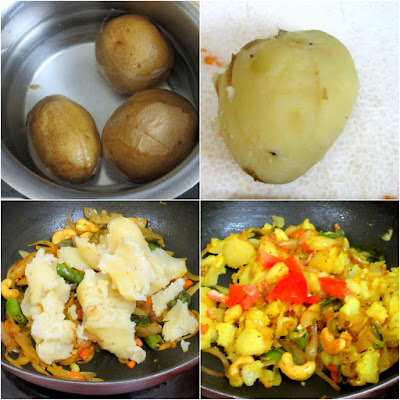 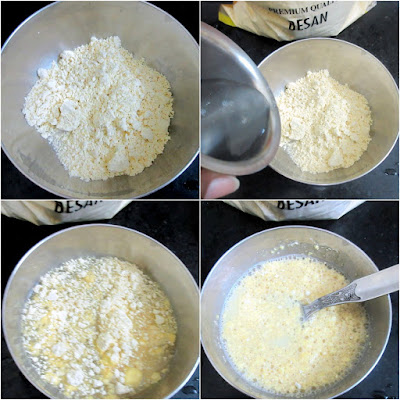 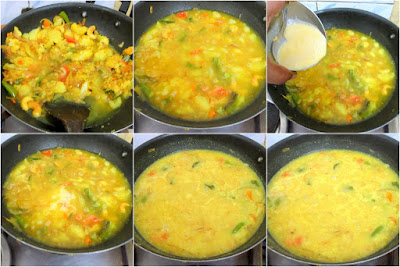 How to make the Poori Masala

MW Potatoes for 5 to 6 mins. Soak and peel the skin. Keep it aside.

Mix the gram flour with water and make a paste.

Now simmer and add the besan paste, add more water as required and bring to boil. Cook on high for 5 mins. Simmer for 5 mins. Your gravy is done. 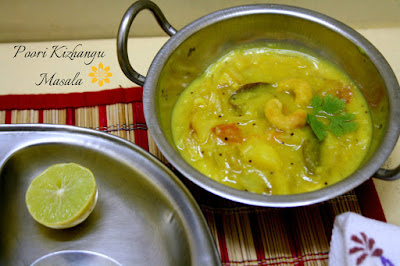