For the fourth day of Tea Time Snacks, I have patties or a pancake as it is referred from Ecuadorian cuisine, Llapingachos. I looked up this dish and had a couple of references, however, I went to this source, where it is mentioned that Llapingachos (yah-peen-GAH-chos) are a traditional Ecuadorian dish.

These are potato pancakes made from mashed potatoes seasoned with onions and stuffed with cheese. Traditionally Llapingachos are served with a creamy peanut sauce called salsa de maní. These pancakes are often served alongside a fried egg, chorizo sausage, avocado, a simple salad, for a complete meal. However, they also get served as an appetiser with hot pepper sauce and a sliced onion salad, such as salsa criolla.

Well instead of following the entire instructions for the entire batch, I made some differently for Hubby Dear with green chillies mashed along with the potatoes. The rest were prepared as how this should be. Konda and Peddu enjoyed the oozing mozzarella cheese.

This recipe calls for Achiote powder. Googling showed me that this spice is mostly used for the colour and we could substitute with Turmeric. I used a very tiny bit as the original pancake didn't look so coloured. 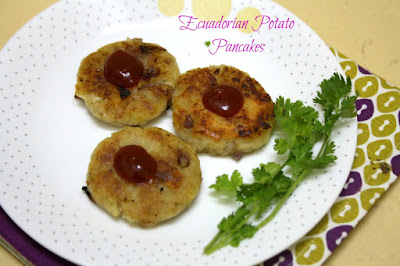 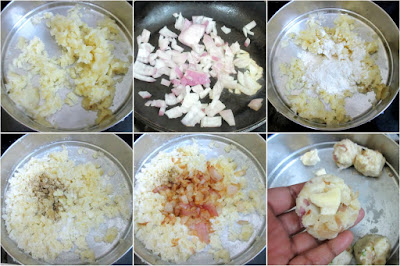 How to make the pancake

Boil and mash the potatoes till soft. Saute the onions till it changes colour. Add to the mashed potatoes, add salt, spices and mix well. Then add the all purpose flour and make a thick dough.

Now shape it into small balls, flatten each and stuff with mozzarella piece. Enclose well and heat a pan with 2 to 3 tbsp oil. Cook until crispy and golden brown in colour.

Serve with salsa de maní (peanut sauce). I served mine with a dollop of spicy tomato ketchup on top! 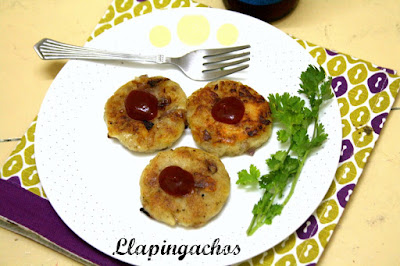